Featured Image: The Spirit of Goodyear, one of the iconic Goodyear blimps.Credit Derek Jensen (Tysto) SOURCE: Wikipedia (Public Domain). FOR ILLUSTRATION ONLY.

Blimps have been used for clandestine spying and surveillance for years. During the Civil WAR (the War of Northern Aggression), and even in the so-called “war on drugs.’  I saw one flying overhead while on a recent trip to the keys, I’m sure they were looking for drug boats. . . EDITOR 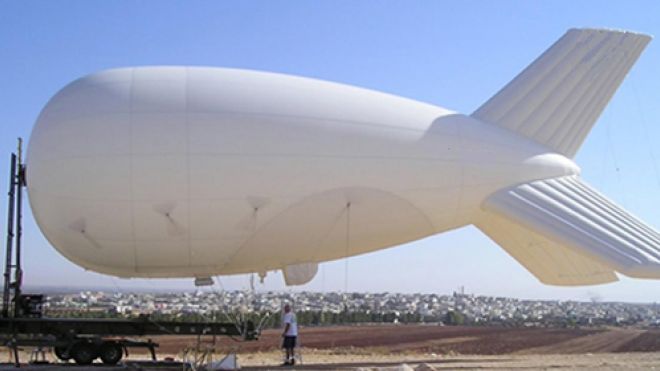 After a two-month delay, the Army’s high-tech spy blimp has made its maiden flight, over the New Jersey Shore.

The football-field-size airship — Long Endurance Multi-Intelligence Vehicle, in Army parlance — was put through its paces for 90 minutes Tuesday evening at Joint Base McGuire-Dix-Lakehurst, a military spokesman confirmed to our Gannett colleagues at the Courier News.  . . . . Read Complete Report

Photo: [June 1] “1863     Solomon Andrews flew his airship Aereon made the first of three flights over Perth Amboy, New Jersey. This was the first dirigible airship in history”. . . . Source

KENNEDY SPACE CENTER, FL, Jul 19, 2012 (MARKETWIRE via COMTEX) — World Surveillance Group Inc. WSGI +0.33% , a developer of lighter-than-air unmanned aerial vehicles (“UAVs”) and related technologies, today announced the intent to unveil its proprietary Blimp in a Box(TM) (“BIB”) system at the Association for Unmanned Vehicle Systems International’s (“AUVSI”) Unmanned Systems North America 2012 in Las Vegas, Nevada on August 6th – 9th. The BIB system is a compact, automated, self-contained aerostat platform that is intended to be mounted to the back of a standard vehicle. It is designed to provide real-time day/night high definition footage for intelligence, surveillance, and reconnaissance (“ISR”), detection of improvised explosive devices (“IEDs”), border security and other governmental and civilian uses . . . Read Complete Report

“The History of Ballooning, Blimps, and the Great Airships”
Over 500 scenes were gathered from old photos, vintage movie films and artwork to build a timeline of events. The documentary covers the 19th century experiments, the Civil War, the Goodyear-Zeppelin Corp., WWI and WWII. Movie footage of the Gordon Bennet Balloon Races show the WJR Radio Balloon and other Michigan Balloon entries. 42 minutes plus historic previews. Available from www.michiganhistoryvideos.com

Go even DEEPER and read my 3 part Research Report on:

The Airship Mysteries of the 1800s

Or just get flat out as DEEP as it goes and check out my book “The Secrets of Dellschau: The Sonora Aero Club & the Airships of the 1800s”. 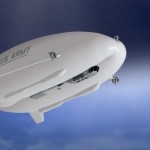 THEI Selected Short Subject: “Searching for Life in the Clouds” (With Video)

BREVARD COUNTY, Fla. —A huge blimp called Cloud Lab is in the air searching for life in the clouds, and it has been hanging above Brevard County lately.

It is loaded with many experiments and a team of researchers on a mission to investigate all kinds of things, including how hurricanes form, how the climate it changing and how far up life can be found. . . . Read Complete Report

FAA to Bid Out 1 of 6 Drone Testing Sites in US (+) US as Murder, Inc: No Over-site for Drone killings (Video Report)

The entire drone industry is growing worldwide and domestically as the police state surveillance grid thickens. Now, worse then cameras on every street corner, citizens have other eyes to fear, the ones in the sky.

Tethered high altitude blimps, research platforms, and straight out drones (both military and private) in the skies over the US have changed our nation forever, as this newly proposed test site will be the earmark for getting this $10-100 million a year industry into full swing. . . . Read Complete Report

US as Murder, Inc: No oversight for drone killings

Vicki Divoll, a former general counsel to the Senate Select Committee on Intelligence and former deputy legal adviser to the C.I.A.’s Counterterrorism Center, and Vincent Warren, Executive Director of the Center for Constitutional Rights, talk to Bill Moyers about legal, ethical, and judicial issues involved in U.S. unmanned drone attacks and whom they target. Warren and Divoll express their concern over U.S. citizens placed on the “hit list,” as well as an alarming lack of policy disclosure by the government. . . . Read Complete Post