According to a whistleblower inside the DEA, the agency “allowed and promoted” multiple officers to run their own personal drug cartels for years.

From The Free Thought Project By John Vibes 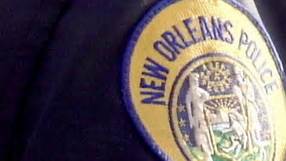 New Orleans, LA — For over a decade, agents with a New Orleans-based DEA task force sold drugs, intimidated informants and stole cash on the job with total impunity.

According to the Advocate, Chad Scott, the former leader of the task force has been fired in the midst of the investigation. It was reported that Scott and some of the officers working under him had a massive operation selling painkillers and that they would sometimes sell other drugs that they managed to steal from dealers during raids.

“There were a series of complaints that went back years. This is a guy who probably shouldn’t have been allowed to run his own task force,” an anonymous law enforcement official said.

The good news, in this case, is that a large and growing number of federal criminal drug cases are being reversed and nonviolent offenders are being set free due to the fact that this corruption has been exposed. . . . Read Complete Report

Cops use robots to defuse bombs, confront barricaded suspects and rescue victims during disasters. But they also use robots that can see, record and track what you are doing all day long. If you aren’t paranoid by the thought of cops knowing your business, watch as Reason TV counts down 7 Creepy Robots for Cops.

Flip Off the Cops! It’s LEGAL!

You can’t get in trouble for flipping off the po-po!

Buy some awesomeness for yourself!

Will Your Car Call the Cops on You?

by Cheri Roberts, Challenging the Rhetoric, The Guerilla Media Network

We have seen technology do some amazing things. Advances have allowed us opportunities that were only figments of our imaginations ten short years ago, but when technology is married to Big Brother we have potential for big problems.

Carmakers are getting ready to introduce new vehicles that will automatically notify the authorities when you surpass speed limits. Talk about an auto-ticket! The technology is called, called “V2X” and according to a report over at The Motley Fool [who are shareholders], discussing the possible revenue boon this would be for cities and towns across the country and how it could be taken advantage of for county coffers, . . . Read Complete Report

Well, I guess we can file this story under the “Didn’t see that coming” category: Two new robot cops have been put in place along the intersection of Boulevard Triomphal and Huileries Avenue in Kinshasa, part of the Democratic Republic of the Congo, for the sole purpose of easing traffic congestion.

Students in the UK are protesting in their thousands against police violence, defying authorities to march through London University and along the city’s streets. Pictures of an officer punching a young man in the face during a confrontation last week, sparked the latest in a week of demonstrations. RT’s Sara Firth reports from the middle of the action. 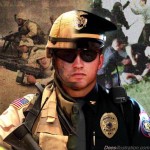 The problem is they have to invent uses for them like raiding bars to check for underage drinking and making sure barbers have licenses.

It’s out of control.”