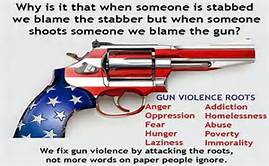 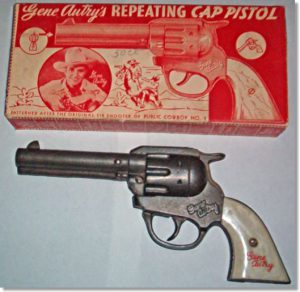 (CNN) — Imagine ships that fire missiles at seven times the speed of sound without using explosives, or that use lasers to destroy threats at the cost of about a dollar a shot, and vessels making fuel from the very seawater in which they’re floating.

That’s the glimpse of the high-tech future the U.S. Navy gave this week. And these aren’t just ideas. They’ve all been shown to work to some degree.

Saturday, the Navy will christen its most advanced warship ever, the destroyer USS Zumwalt, which may one day be using these new technologies. . . . Read Complete Report

Bloomberg’s Mayors Against Guns Becoming a One Man Show

Bob Costas: Give Your Guns to Gov’t, So Gov’t Can Do the Killing (Video Report)

“Non-Violence[1] is a bronze sculpture by Swedish artist Carl Fredrik Reuterswärd of an oversized Colt Python .357 Magnum revolver with a knotted barrel and the muzzle pointing upwards. There are currently 16 sculptures all around the world. One located at the United Nations Headquarters in New York City.

“Located in The Museum of Sketches in Lund, Sweden, is a sketch of the firearm where Reuterswärd has written that the grieving after John Lennon and Bob Crane were murdered inspired him to design this artwork.

“Since 1993, the Non-Violence sculpture is the symbol of The Non-Violence Project, a non-profit organisation, promoting social change with violence prevention education programs”. .  . SOURCE: Wikipedia

From youtube uploaded by Red Pill Philosophy on Dec 4, 2012

Bob Costas: Give Your Guns to Gov’t, So Gov’t Can Do the Killing

From youtube uploaded by Red Pill Philosophy on Oct 7, 2012

Give All Guns to Government – True Safety!

Controversy has erupted over a plastic gun created from a design fed into a 3D printer — a weapon that could conceivably be smuggled past weapons detectors and create a major security breach at airports, courthouses and schools.

The so-called “3D gun” was created by a group called Defense Distributed which fed digital blueprints of a working firearm into a 3D printer, which then casts a hard polymer mold. It said its initial firing tests of the first gun — created by the printer for a cost of about $8,000 — were successful.

The only nonplastic part of the weapon is a single nail which is used as the weapon’s firing pin. That metal pin allows the weapon to escape federal laws banning the possession of undetectable firearms.

The island of misfit objects

Welcome to DEFCAD, operated by Defense Distributed. This site is a makeshift response to Makerbot Industries’ decision to censor files uploaded in good faith at Thingiverse, specifically
firearms-related files. We are hosting as many of the pulled files as we can find. Check the news section for updates. . . . Visit site
~~~~~~~~~~~~~~~~~~~~~~~~~~~~~~~~~~~~~~~~~~~~~~~~~~~~
From youtube uploaded by 829speedy on Mar 21, 2013
PRINTABLE 3D GUN Creator Cody Wilson Meets With Alex Jones. The SYSTEM is SCARED
Category: Gunfight at the Obama Corral / Tags: Guns, Outrage Over '3D, Plastic, Undetectable, Virtually
« Older Entries
Site built and maintained by Possum Holler Studios