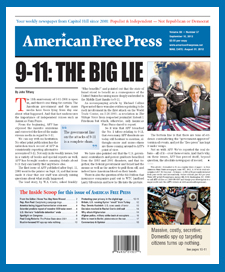 Category: Conspiracy Boogie, The Humor of it All / Tags: can do something, droughts, floods, Obama, voters, weather manipulation, wildfires, witchcraft
« Older Entries
Site built and maintained by Possum Holler Studios