There is no impending government shutdown — only a government slowdown. The threat of a “shutdown” is designed to scare voters while avoiding scrutiny of reckless government overspending.

If federal lawmakers do not pass a budget or a “continuing resolution” (CR) by Oct. 1, a government spending slowdown will take effect. This could halt almost $1 trillion in annualized spending that the CR would authorize, which is the size of the current federal deficit. If made permanent, this would cut annual federal spending by approximately 27 percent to $2.7 trillion — the current level of revenues coming in.

In other words, a federal slowdown — if allowed to take full effect — would balance the federal budget. This would greatly benefit the U.S. economy. . . . Read Coomplete Press Release

Until we get rid of the control of Diebold and the other elitist owned electronic voting machine manufacturers and go back to real Americans counting the vote – and form a REAL third party, separate from the corrupt system of the two-headed-disguised-as-one- system that the Controllers have put in place – we have no chance of ever regaining control over the rigged elections in the good ol’ USA.

Although I commend these folks for taking a shot at bringing Libertarian values into the GOP, I believe it would be more productive to continue in the direction of forming a separate party than it will be to convince the Republican folks that the government should keep their noses out of other peoples business.  They seem to love controlling other peoples actions. Like what to put in their body and which gender they should fall in love with. I just Can’t see those in the GOP giving up those type controls. Like asking Winpy to give up hambergers. . . It ain’t gonna happen.

Day two of the Liberty Political Action Conference is about relaxing among likeminded people.However, this is a packed day with breakout sessions, private briefing and grassroots activist training. Their goal is to either morph the Republican Party or break the two-party system altogether. RT’s Perianne Boring reports from this year’s event.

Well we didn’t get our goal of 5% of the vote. (1%) But we didn’t start talking about the possibility of being recognized as a party with the same status as the Controllers one-party-acting-as-one by getting 5 % until the lase couple of days before the election.

But I’m not unhappy with the vote we did get.  Why am I not unhappy? I happen to have been at one of the first gathering of people interested in a freedom party in LA in 1971 and  the founders of the Libertarian explained to us that we would not be recognized overnight. The Libertarian plan (at that time) was a 200 year plan.  I think we are making better progress than that. . . EDITOR

“Courage to Take on the Establishment” (Green Party)

Why NO True Libertarian, NO True Ron Paul Supporter, NO True Tea Partier Will Even Consider Voting For Big Govt. Mitt Romney”

Gary Johnson has been an outspoken advocate for efficient government, balanced budgets, rational drug policy reform, protection of civil liberties, comprehensive tax reform, and personal freedom. As Governor of New Mexico, Johnson was known for his common sense business approach to governing. He eliminated New Mexico’s budget deficit, cut the rate of growth in state government in half, and privatized half of the state prisons. http://www.garyjohnson2012.com/front 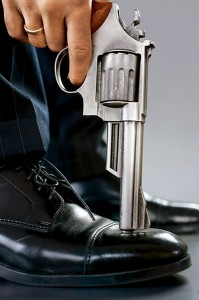 I have been a card carrying Libertairan since they first started. Wish I could attend this function. . . EDITOR

Libertarians will be flooding the streets of Las Vegas. Thousands are expected to attend Freedom Fest which features forums, debates and freedom lover speakers. The agenda will cover anything and everything from Wall Street to the 2012 election. Matt Welch, editor in chief for Reason Magazine, joins us with more about the event and the Libertarian movement.