Big Brother is Watching Update: FDA approves a pill that tells your doctor whether you’ve swallowed it or not

A new pill that tells your doctor whether you’re swallowing it or not has just been approved by the Food and Drug Administration.

The pill – a new version of Abilify by Otsuka Pharmaceutical – will have a digestible sensor in it that will let a patch worn by the patient know when the pill is going down the hatch. . . . Read Complete Report

Big Brother: UNCONSTITUTIONALLY LOOKING U UP JUST BY YOUR FACIAL RECOGNITION

While Florida has the largest Facial recognition data base in the world which includes every Florida drivers licences in the state. Of course the naive sheeple will use the stock answer, “I don’t do anything wrong so It doses’t affect me.” Right.  The system makes more mistakes than fingerprints or DNA.

17 other states have these data bases also.  I’m sure all the other states are working on building their bases and will soon catch up to Florida. I’m also sure that in the not-to-distant future ever American will have their faces on a connecting data base somewhere. Who voted on this?

Another unconstitutionally invasion of your right to privacy implemented by the Shadow Government. . . . Your Editor Dennis Crenshaw 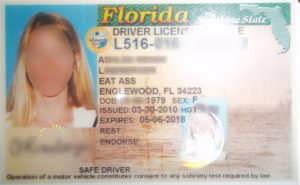 CORRUPT FLORIDA,COPS UNCONSTITUTIONALLY LOOKING U UP JUST BY YOUR FACIAL RECOGNITION

Featured Image: Information Awareness Office logo. Source: Wikipedia Commons (Public Domain). “The global surveillance disclosure refers to an ongoing series of news reports in the international media which revealed operational details regarding the US National Security Agency (NSA) and its international partners’ mass surveillance of foreign nationals as well as US citizens. The vast majority of reports emanated from a cache of top secretdocuments leaked by ex-NSA contractor Edward Snowden. On June 6, 2013, the first of Snowden’s documents were published simultaneously by The Washington Post and The Guardian, attracting considerable public attention. . . . SOURCE: wikipedia

For downloads and more information visit:http://www.journey.webbler.co.uk/?lid…

If You See This Google Warning, Act Fast: Big Brother is Watching

Big Brother is watching. No kidding. And the warning is coming from none other than Google, which says government spies may be spying on you. Some believe the Google announcement may be related  to the recent discovery of the data-mining virus named “Flame.” In a June 3 New York Times article, Andrew Kramer and Nicole Perlroth write.

“When Eugene Kaspersky, the founder of Europe’s largest antivirus company, discovered the Flame virus that is afflicting computers in Iran and the Middle East, he recognized it as a technologically sophisticated virus that only a government could create. . . . Read Complete Report