Are There A Lot More Sinkholes Lately Or Just More “News” Coverage Of Them? (Video Report)

Category: Hollow Earth/ Subterranean Worlds, It's a Strange World After All / Tags: Are There A Lot More, Coverage, Lately, More, news, Sinkholes

A sinkhole caused a section of a central Florida resort villa to partially collapse early Monday, while another section of the villa was sinking, authorities said.

From The Advocate BY DAVID MITCHELL dmitchell@theadvocate.com

The most awesome sink holes found in nature cannot compare to the scariest sink hole known to man located near the Potomac River.

Featured Image: FOR ILLUSTRATION ONLY. The Devil’s Sinkhole. This was the original site for a limestone dig near Hawthorne, Florida. The Devil’s Hole (sometimes referred to as the “Devil’s Toilet Bowl” by the locals) is a fun spot for an afternoon dip. There is a rope swing, and two stands to jump from. CREDIT: Xlandfair SOURCE: Wikipedia Commons (Public Domain).

A nearly 400-foot deep sinkhole in Louisiana has swallowed all of the trees in its area and enacted a mandatory evacuation order for about 150 residences for fear of potential radiation and explosions.

The 400-square-foot gaping hole is in Assumption Parish, La., about 50 miles south of Baton Rouge.

The sinkhole sits in the middle of a heavily wooded space where it has consumed all of the soaring cypress trees that had been there. Flyover photos show some of the treetops still visible through the mud.

Authorities enacted a mandatory evacuation for between 100 and150 homes in the area, but most people have chosen to stay, according to the Mayor’s Office of Emergency Preparedness. If any of the dangers seem to become more imminent, the order will be escalated to a forced evacuation.

While officials are not certain what caused the massive sinkhole, they believe it may be have ben caused by a nearby salt cavern owned by the Texas Brine Company.

After being used for nearly 30 years, the cavern was plugged in 2011 and officials believe the integrity of the cavern may have somehow been compromised, leading to the sinkhole. . . . Read Complete Report

“NEW ORLEANS — The mysterious bubbling swamp in Assumption Parish that turned into a sort of soupy sinkhole actually shut down a nearby highway this weekend.

About 100 homes were evacuated when the sinkhole started spreading.

It caused cypress trees to topple and even bent a natural gas pipeline. That’s when officials shut down Highway 70, and started work to depressurize the pipeline.

Officials aren’t sure, but say the problem could be connected to a nearby fault line or a collapsed salt dome.” . . . Text posted with Video 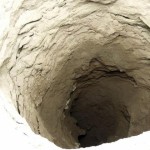 We here at THEI have been following these massive sinkholes which have appeared from time to time in different locations all over the world. Are they caused by unknown subterranean forces?  Their origin still remain a mystery. . . No matter what the “experts” say.. . . . EDITOR

Published on May 2, 2012 by ConspiracyRealmNews 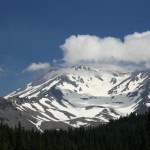