No Get-Out-of-Jail-Free Card on Sea Level 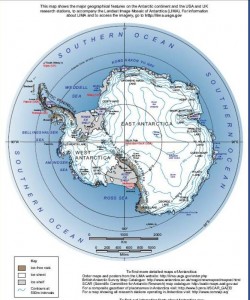 The future of Antarctica on a warming planet has long been one of the great uncertainties in climate science.

The western part of that continent has a low-lying ice sheet that appears to be highly vulnerable to attack by warmer ocean water. Some signs suggest that the ice sheet is in the early stages of a collapse that could eventually have a profound effect on sea level. . . . Read Complete Report