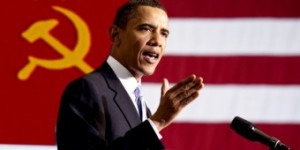 Barack Obama is a Marxist. And like all good Marxists, he wants to disarm the public. It’s not like it hasn’t been done before. In October 1918, the Communist government “ordered citizens to surrender all firearms, ammunition…having first mandated registration of all weapons six months earlier.”

The Nazis followed the same pattern.

The Nazi Weapons Law of November 11, 1938 prohibited Jews from “acquiring, possessing, and carrying firearms and ammunition, as well as truncheons or stabbing weapons.”

Both the Nazis and Communist Party members were exempt from these guns bans.

Now it’s our federal government that is exempt from the laws they place on the public they are mandated to serve. . . . Read Complete Report

Category: Gunfight at the Obama Corral /