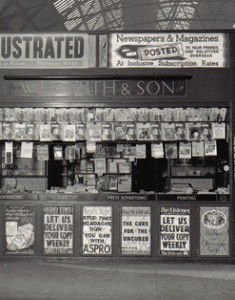 In unprecedented numbers Americans are questioning the “official stories” of mainline news media and the business and government which they serve. The news media has joined the government as one of the least trusted institutions in the country. A national survey conducted in August, 1996 reveals that only 13% of the population trusts the news media showing an 87% margin of distrust.

With this overwhelming distrust factor, why are record numbers of viewers watching or listening to news-based programming? Why are news/talk shows so popular? The answer may lie in the fact that the news industry has become primarily an entertainment industry, apparently more interested in their standings in the Nielson Ratings than in reporting the hard, painful truth. With the fierce competition of this “news” or “information” based programming, the emphasis is not on informing or educating their viewers regarding the deeply significant events which are now shaping the immediate future; rather, the focus is producing sensational, captivating, anesthetizing material. The consumers may not trust the news media, but they are entertained and sedated by it. . . . Read Complete Report