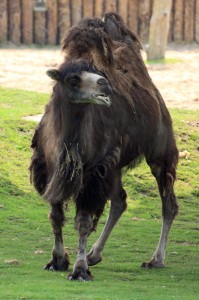 Malian authorities will give French President Francois Hollande another camel after the one they gave him in thanks for helping repel Islamist rebels was killed and eaten by the family he left it with in Timbuktu, an official in Mali said.

A local government official in northern Mali said on Tuesday a replacement would be sent to France. . . . Read Complete Report

Released on a Best Of compilation in 1970 by Mercury, this is a Live version of “Ahab The Arab”. It’s not the Live version from “Gitarzan”, this was recorded in a club somewhere with Ralph Emery emceeing and introducing Ray. Also alternate lyrics like “Does Your Chewing Lose It’s Flavor In The Commode” and a “Booger In Her Nose Ho Ho”. are sung. One of the rarest cuts to find of “Ahab The Arab”

Category: It's a Strange World After All, Life Goes On /