WAS MYSTERIOUS ATTACK ON CALIF. POWER STATION A ‘DRESS REHEARSAL’ FOR MUCH LARGER ASSAULT ON U.S. ELECTRICAL GRID? 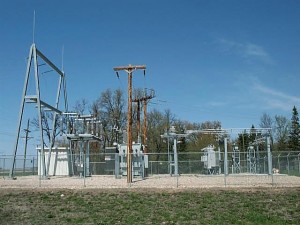 Featured Image: Electrical Substation, Warren Minnesota CREDIT:  Wtshymanski at en.wikipedia SOURCE: Wikipedia Commons (This work has been released into the public domain by its author, Wtshymanski at the wikipedia project. This applies worldwide.)

“My personal view is that this was a dress rehearsal” for future attacks.” . . .Mark Johnson, a former vice president for transmission operations at PG&E

Although the fact that the still-unsolved attack on a power station near San Jose occurred just a handful of hours after the Boston Marathon bombing — and apparently raised a few eyebrows initially — its ride in the public eye has been decidedly under the radar to date.

But that may be changing. . . . Read Complete Report