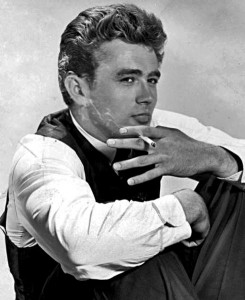 Here’s a well put together and enjoyable video about a subject I have wondered about most of my life, “What happened to James Deans 1955 Porsche Spyder?” . . . EDITOR

James Dean’s Death car. i made this over 3 years ago.
NO COPYRIGHT INTENDED. I DON’T OWN ANYTHING. JUST A TRIBUTE

James Dean – A Public Service Announcement on the stupidity of driving fast on the highway. Filmed during the making of Giant. 9and shortly before his death.

Although I do remember watching a special where the information that James Dean was not speeding was presented, but like Mr. Raskin said there is a lot of bull out there. I thnk Mr. Raskin for sending us this information.

WRONG! By-the-way. A few years ago a full-fledged study using computer programing etc. recreating James Dean’s accident and the findings were that he was not speeding. . . EDITOR

This documentary,which was undertaken soon after James Dean’s death, looks at Dean’s life through the use of still photographs with narration and interviews with many of the people involved in his short life.