TRIBAL MASSACRE Ten members of ‘lost’ Amazon tribe are ‘killed, chopped up and thrown in river by gold miners hellbent on seizing their land’

Ten members of ‘lost’ Amazon tribe are ‘killed, chopped up and thrown in river by gold miners hellbent on seizing their land’

COPS in Brazil are investigating claims 10 members of a remote Amazonian tribe were hacked to death by ruthless gold miners out to seize their land.

A complaint has been filed with prosecutors in South America after the alleged killers went into a bar and bragged about what they had done. . . . Read Complete Report

SUMMARY ► Isolated indigenous tribes have been living for years in the Amazonian forest without any contact with other communities. This documentary has captured contact made by one of them with the outside world.
Category: It's a Strange World After All, True Hidden History / Tags: amazon, chopped up, gold miners, killed, lost tribe, massacre, thrown in river 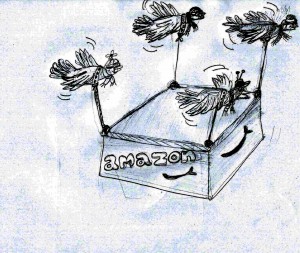 Now Amazon is in the robot business and, potentially, as a global network of autonomous delivery drones. This is really going to spell the end of the mail delivery person.

In an interview with Charlie Rose on Sunday’s episode of “60 Minutes,” Amazon founder and CEO Jeff Bezos revealed the giant online store is developing a drone-based delivery service called Prime Air. According to Bezos, Prime Air would be able to get customers their products only a half-hour after they click the “buy” button. His “optimistic” estimate to “60 Minutes” was that Prime Air will be available to customers within 4 to 5 years.  (Read the rest from Huffington Post) 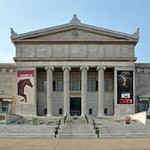 This week’s Field Revealed comes all the way from from Peru where local intrepid researchers have been carrying out “rapid inventories” with the Field Museum’s Environment, Culture, and Conservation (ECCo) teams. Rapid inventories are swift surveys of species diversity in remote areas–information which is then provided to local communities as a tool for them to build conservation and education efforts.

Race Of Giants Discovered In The Amazon

Photo: Cover of the newspaper O Globo with the first photo of a Panará. SOURCE Before its News article below.

In the late 1960s and early 1970s, there were still large areas of Brazil that were unexplored.  At that time, a tribe of “Indians giants”  more than 2 meters tall was discovered living in northern Mato Grosso.   They were feared by neighboring tribes.  A true legend in the region, which began to be reported by some media outlets.

The Panará stepped back into Brazilian history in the 1970’s. Nobody knew what they called themselves. They were “giant Indians,” or Krenacore, Kreen-Akore, Kreen-akarore, Krenhakarore, or Krenacarore – variations of the Kayapó name kran iakarare, which means “round-cut head,” a reference to the traditional haircut that is typical of the Panará. In extensive reports from the time of contact, there is an underlying concern with explaining their unknown origin. Calling them giants, or white Indians or black Indians, was a way of identifying them while removing them from the disturbing state of absolute otherness. . . . Read Complete Report 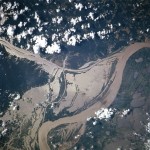 Google Wednesday shared photos and video from its Street View project in the Amazon, an enormous project it began last summer: . . . Read Complete Report and Take a virtual Trip Down the Amazon 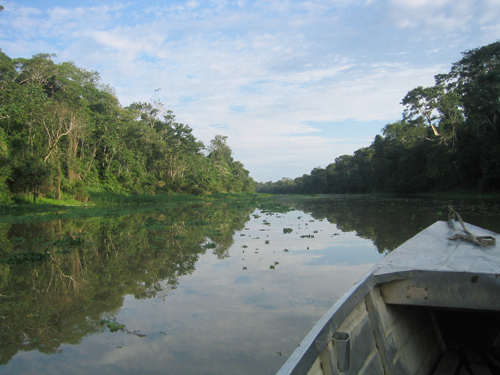 Promo: Making of The Amazon Trip

As he cleared trees on his family’s land decades ago near Rio Branco, an outpost in the far western reaches of the Brazilian Amazon, a series of deep earthen avenues carved into the soil came into focus.

“These lines were too perfect not to have been made by man,” said Mr. Araújo, a 62-year-old cattleman. “The only explanation I had was that they must have been trenches for the war against the Bolivians.”

But these were no foxholes, at least not for any conflict waged here at the dawn of the 20th century. According to stunning archaeological discoveries here in recent years, the earthworks on Mr. Araújo’s land and hundreds like them nearby are much, much older — potentially upending the conventional understanding of the world’s largest tropical rain forest. . . . read  complete report