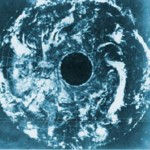 Here is a well put together tour of the Laseria Map Collection. The question, Is the Earth Hollow? Great video even if you don’t care about the make-up of our earth, looking at the map’s and the information presented are worth your time . . . EDITOR
http://www.youtube.com/watch?v=6Wbn_1oHWTc