Tag Archive for Back 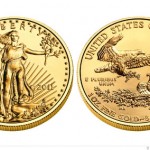 Can Robots Bring Manufacturing Jobs Back to the U.S.? & Meet Baxter (video)

Heading into the 20th century, America was a predominantly rural country. Roughly 40% of the nation’s labor force toiled on farms alongside 22 million work animals. One hundred years later, fewer than 2% of U.S. workers are employed on farms, and those beasts of burden have been replaced by 5 million gas-powered tractors. . . . Read Complete Report

Published on Sep 17, 2012 by RethinkRobotics

Meet Baxter, a revolutionary new category of Robot from Rethink Robotics that is capable of applying common sense behavior to manufacturing environments. Affordably priced, versatile and safe enough to work shoulder-to-shoulder with people, Baxter robots redefine how small, mid-size and large domestic manufacturers use automation to compete with manufacturers in low-cost regions of the world. . . . Text posted with video on youtube

Retro: The Broken Branch: How Congress is Failing America and How to Get it Back on Track (Full Video)

Uploaded by usnationalarchives on Dec 10, 2011

Former members of Congress Thomas Mann, Norm Ornstein, Matt McHugh, Connie Morella, and Dennis Hurtel discuss the faults of the American Congress and how they should be amended.

Presented in Partnership with the U.S. Association of Former Members of Congress

Category: Eyeballin' the One World Order / Tags: America, Back, Broken Branch, congress, Failing, get, how

The story we have been following since it began. The one the MSM seems not to know is going on. During that time Obama has ignored court orders to appear before a judge refusing even to send his counsel.

Once the heat got real hot he them posted a Hawaiian Birth Certificate. After study by document researchers, and a Posse of lawmen assembled by “America’s Sheriff,”  Maricopa County Arizona Sheriff Joe Arpaio to look into the charges. They found that the birth certificate posted by the Obama Administration was computer generated (before computers were around to produce such documentation} They also found that his Selective Service card has many mistakes and is probably fraudulent also. A alert armature investigator brought to our collective attention that there were things wrong; the name of the Hospital on the so-called document didn’e exist until 1972, 9 years AFTER Obama’s birth… somewhere, for one.

With all of this activity surrounding Obama’s documentation he seems to be getting a pass from the Controllers MSM. Ask me if I am surprised. No. . . . EDITOR

It’s OK for Joe Biden to talk about how Republicans are going to enslave black people if Mitt Romney gets elected, but don’t you dare tell a joke about the controversy surrounding President Obama’s birth certificate.

Democrats have no trouble saying that Mitt Romney is an accomplice to murder, but any talk about President Obama’s birthplace is verboten.

Describing Mitt Romney as a “felon” is an acceptable campaign charge but bringing up Obama’s birth certificate is seen as felonious assault on the president.

Mitt Romney can be charged with not paying taxes for 10 years with no evidence to prove the charge, but a crowd-pleasing reference to the birth certificate issue makes the GOP contender a presidential non-contender: . . . Read Complete Report

PHOENIX – It was the Tea Party that initially petitioned Maricopa County Sheriff Joe Arpaio to investigate president Obama’s eligibility to appear on the ballot in Arizona after the birth certificate he unveiled to the public on the White House’s website on April 27, 2011 was deemed a forgery by numerous document experts.

Expecting to clear the president, Arpaio assigned a Cold Case Posse (CCP) team, at no expense to taxpayers, to investigate the document.

While in the process, the CCP looked into Obama’s Selective Service registration, which was purported to be a document fraudulently created in 2008.

CCP lead investigator Mike Zullo presented preliminary evidence during a March 1 press conference indicating they had probable cause to believe both documents were forgeries.
During a subsequent press conference held on July 17, Zullo was able to conclude the birth certificate presented by Obama on April 27, 2011 was a computer-generate forgery and reiterated the Selective Service registration was not just a forgery, but a poorly done one at that. . . . Read Complete Report

Speaking to reporters at a press conference in Sarasota, Fla., Donald Trump said Mitt Romney’s birth certificate quip in Michigan last week may have been a lighthearted joke, but that the issue of President Obama’s birth certificate is far from settled.

“What I think doesn’t matter — he has his views and many other people disagree with him as you know,” Trump said. “…But he did make a joke, and some people thought it might not be a joke. It happens to be an issue that a lot of people believe in … many, many people believe in it so maybe I would have handled it differently, but he’s running for president and I’m with him 100 percent.”

Trump, who has focused on Obama’s birth certificate in the past, said that whether he raises the issue again going forward is an open question. . . . Read Complete Report

Birthers Plan Their Own Convention Next Month In Arizona

While the Republican Party gears up for its biggest event of the year next week in Florida, the conspiracy theorists among them are already looking forward to another convention of sorts next month in Arizona.

Some of the best known birthers in the nation are scheduled to take the stage at a star-studded event in Phoenix, where they plan to call for Congress to investigate whether President Obama’s birth certificate is real. . . . Read Complete Report