Assassinated US Presidents JFK Garfield & Abe Lincoln along with Jackson, Reagan Vs Banks & The Fed (video) 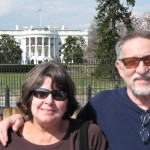 Marsha and I have just returned from a visit with my son and grandson in Virgina near Washington D.C. This was Marsha and my 3rd trip to Washington together so we only did light sightseeing.. Also did NYC with my brother and his family and rural South Carolina with an old and dear friend  during our swing through the eastern United states.. Talk about those places later. But Washington. What a mess. Beautiful City though.  Took lots of photos. Did try to maintain my southern charm as I though of all the rats hiding out in granite rooms all around me and under my feet scheming to give it to us.  Or take it from us. Depends on which granite room you visiting.

But while there in Washington DC I also turned my mind to all of those who have tried to right the wrongs from this very city.   I think of my hero Ron Paul. He believes, as do I, that the first thing that needs to be fixed is our monetary  system starting with the federal reserve system scam. He’s well aware of the information included in the very well presented video below. But he still stands by his convictions. That’s the kind of person we need at the helm trying to bring this runaway train to a screeching halt.

I know one thing for sure. It takes a man far braver than I to chance the odds and track record  of going against the elitist bankers who control the federal reserve.  That alone makes Ron Paul my hero  . . .  EDITOR

Throughout the history of the United States of America, an epic battle has been fought between the bankers and the patriotic Presidents over who has the power to create and issue money. . . . red complete report