World War III is being waged right now, with the world’s super powers all fully engaged. Only instead of nuclear weapons or chemical warfare like we feared, the weapon of choice is code. Our heroes and villains are all digital; our governments are racing to strengthen digital defenses and develop smarter cyber offenses. 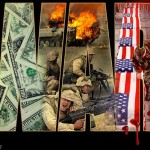