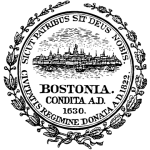 From Last Resistance posted 15 Hours Ago by Mark Horne

I’ve heard of schools being in lockdown, but never whole cities—certainly not a city the size of Boston. And yet it happened yesterday.

It happened because of a series of events set in motion on Patriot’s Day—the bombing of the Boston Marathon.

“Patriot’s Day (or Patriots’ Day) commemorates the battles of Lexington and Concord, which were fought near Boston in 1775. Patriot’s Day is annually held on the third Monday of April. It should not be confused with Patriot Day, held on September 11 to mark the anniversary of terrorist attacks in the USA in 2001.” . . . Read Complete Report