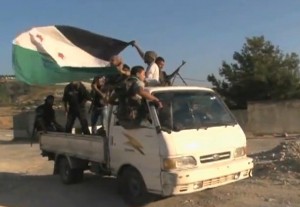 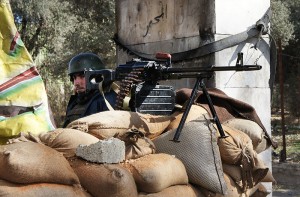 On Thursday, Judge Col. Denise Lind rejected the defense’s motion to drop the aiding the enemy charge held against Private first class Bradley Manning for releasing thousands of classified military documents to the whistleblower website WikiLeaks. The trial continued on Friday with more rebuttal witnesses from the government prosecution and RT’s Liz Wahl has more from Fort Meade, Maryland.
Find RT America in your area: http://rt.com/where-to-watch/
Or watch us online: http://rt.com/on-air/rt-america-air/

From The Western Center for JournalismVisit Site

IN THE SUPREME COURT OF ALABAMA
HUGH MCINNISH, et al.,

My name is Michael Zullo, I am a citizen over 18 years of age and a resident of Arizona. The information contained in the affidavit is based on my personal knowledge and if called as a witness, I could testify completely thereto.  I am a former sworn law enforcement office/criminal investigator and currently appointed by the elected Sheriff of Maricopa County, Joseph M. Arpaio as the commander of his Cold Case Posse and serving in this capacity as the chief investigator commissioned to investigate the allegations brought to his attention that President Obama’s identity documents were forged. I hereby swear, to the best of my knowledge and belief, as follows:. . . Read Complete Court Document
Category: Conspiracy Boogie / Tags: Affidavit, Alabama, birther, BirtherGate, Case, Cold, Court, Posse’s, Read, Supreme 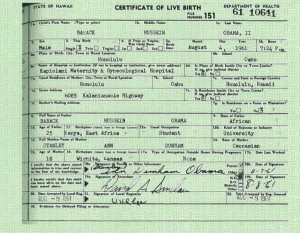 ‘We recently discovered new irrefutable evidence, which confirms, hands down, the document is a fraud’

CAVE CREEK – On Tuesday, Cold Case Posse lead investigator Lt. Mike Zullo (r) told Sonoran News there is a movement underfoot toward prosecution of the Obama document fraud they uncovered during their investigation.

According to Zullo, there is an increased number of people, whom he would only refer to as “VIPs,” that will not only bring the case to the public light, but to prosecution.

The Democratic Party has jumped into a Barack Obama eligibility case before Judge Roy Moore’s Alabama Supreme Court, filing an uninvited brief that even quotes late-night comedian Jimmy Kimmel in an effort to see the case dismissed.

As WND reported, 2012 Constitution Party presidential nominee Virgil Goode and Alabama Republican Party leader Hugh McInnish have filed a case seeking to force Secretary of State Beth Chapman to verify that all candidates on the state’s 2012 ballot were eligible to serve.

The case, dismissed at a lower level, is now being appealed to the Alabama Supreme Court, where Roy Moore was elected chief justice last November. The case becomes all the more intriguing because Moore is on record questioning Obama’s constitutional eligibility to serve as president. . . . Read Complete Report

Talk about laws on the books designed to protect corporations from truth seeking citizens and whistle blowers.  . . . . EDITOR

Amy Meyer was being prosecuted for her alleged involvement in recording video on her cellphone showing the slaughter of cows at a meatpacking company in Utah. Meyer was facing class B misdemeanor charges for her actions, but the nation’s first prosecution by “Ag-Gag” laws was dismissed on Tuesday. RT’s Margaret Howell brings us up to speed on the case.
Find RT America in your area: http://rt.com/where-to-watch/
Or watch us online: http://rt.com/on-air/rt-america-air/ . . . Description published w/video.