MAINZ, Germany – An underground “anomaly” has been discovered in a German town after a filmmaker potentially cracked a code that he believes will lead him to a hidden Nazi treasure.

For decades, a myth has taken root over millions of dollars worth of diamonds and gold bullion, which is rumored to be buried somewhere in Bavaria. Nazi leaders supposedly brought the cache to the “Alpine Fortress” that Heinrich Himmler, head of Adolf Hitler’s dreaded “SS” protection squadron, hoped to erect in southern Germany. . . . Read Complete Report 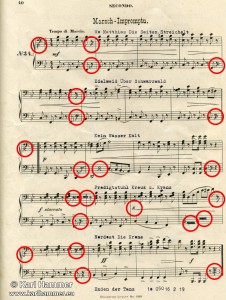 Image: Document with markings. Copyright notice: Karl Hammer has put these documents online for the general public to download them and start their own research. Karl Hammer agrees that these documents may be freely distributed and re-posted, also in news papers and other news media under the condition that he is referred to as the source of this material. SOURCE: Codebreakers.

Voynich Manuscript “The Most Mysterious MS in the world” Decoded?

‘Prophet of God’ claims mysterious manuscript’s code has been cracked

It’s known as the world’s most mysterious manuscript – an illustrated tome that’s baffled experts for centuries.

Written in bizarre ‘alien’ characters and illustrated with sketches no one can understand, the book’s author is unknown and it has no official title.

Cryptographers, historians and bibliophiles have examined the 15th Century text. But so far no-one has worked out what it means. . . continue

I have been intrigued by this MS myself for many years. The hundreds of flowers and plants that are presented in amazing detail is what I have studied the most. They are like nothing found on earth no matter what the above article claims.  But inside the earth… ah….?  EDITOR 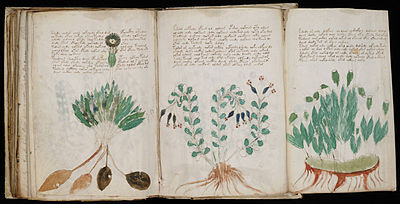