DENVER — Denver International Airport is where thousands of conspiracy theories have taken off.

Many believe DIA’s underground tunnels are secret bunkers built for 2012 Apocalypse and they question the strange murals that seem to depict the end of the world, and the Masonic plaque in the terminal that appears to be dedicated to a new world order, with its inscription that says “New World Airport Commission.” 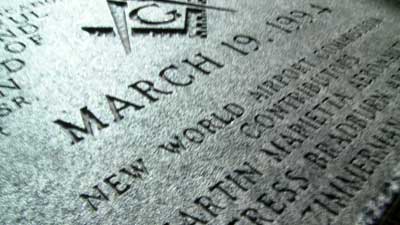 The strange signs and symbols are the topic of TV shows, including “Conspiracy Theory,” starring Jesse Ventura.

But now DIA is debunking the conspiracy theories, by allowing FOX31 News cameras into areas no TV crew has been before. . . read complete report