Tag Archive for dark side of the moon 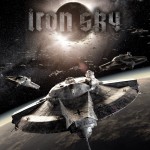