An old thrift store tape I found with Bill Bixby hosting a weird conspiracy theory documentary questioning whether Elvis is dead….or not!….

Crime Story is my favorite Dennis Farina “Lt. Mike Torello” role of all time.  The series has never been out done. If you like gangster stories this is a must see. . . EDITOR

This is a clip from the first few minutes of the classic late 80’s TV show Crime Story premiere show. Major Crimes Unit (MCU) boss Lt. Mike Torello defines his character and that of all tough cops for all time with the line that begins, “Hey you. . . ” This comes at the end of the clip, but you need the first part to put it all into context.

Did someone shoot and kill a Bigfoot in Pennsylvania and then call 911 to say he had proof of the yet-to-be-proven creature?

After confusing reports over the past couple of weeks, it appears this was a case of a story that became mired in rumor and fiction.

Back on May 14, John Winesickle, a resident of Paint Township in Pennsylvania’s Somerset County, called 911, claiming to have proof of Bigfoot, according to WTAJ News.

News comes across the police scanner about a bigfoot shooting and a recovered body from Altoona, Pennsylvania. 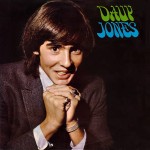