“When we look at the good community members who have concealed weapons permits, the likelihood they’ll shoot is based on a lack of confidence in this police department,” said the chief at a press conference this week, The Detroit News reports.

The chief said he believes the financially crippled city’s residents are feeling safer and violent crime dropped seven percent in 2013. But Craig said that he’s changed his mind over the years over whether citizens should be armed. . . Read Complete Report 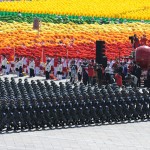