Featured Image: The watermill, the earliest machine harnessing natural forces (apart from the sail) and as such holding a special place in the history of technology,[1] was invented by Greek engineers somewhere between the 3rd and 1st centuries BC.[2][3][4][1] Here a Roman gristmill as described by Vitruvius. CREDIT: Xvazquez SOURCE: Wikipedia (Public Domain). 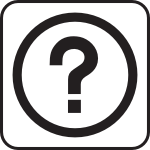 Photo: Iliffe has discovered several types of Remipedia. Remipedia are also hermaphrodites — they contain both male and female reproductive organs in the same individual. SOURCE

Ford had his auto, Winchester his rifle, Boeing loved his jets. Tom Iliffe will gladly settle for his cave crustaceans.

For a scientific researcher, discovering any type of new species is a big thrill, and an even bigger one if the new creature is named after you. Texas A&M University, one of a few select schools that carries the rare designation of being a land grant, sea grant and space grant institution, has several researchers who have identified new marine species and thus contributed greatly to advancing our knowledge of the biodiversity of ocean life.

Iliffe, a marine biology professor at Texas A&M-Galveston, is known internationally as one of the world’s foremost cave divers, and he is an expert on “blue holes,” caves so named because from an aerial view, they appear as a blue circle dotting the ocean. The Bahamas are ground zero for blue holes, and there are believed to be more than 1,000 of them in the area . . . Read Complete Report