Douglas Valentine delivers the goods. Every person who runs for office should be required to see this. Nay, I’ll take it further, every AMERICAN should see this series of reports … PASS IT AROUND . . . . Editor

The failed ambush that took place last week on  two CIA agents in Mexico continues to raise questions by both  people in Mexico and in the U.S. The Mayor of Mexico City is asking the federal government to clarify what the exact role of the CIA is in the so-called drug war. In the United States, some Republicans are beginning to ask the Obama Administrations for answers about this recent incident, which parallels the shooting of ICE Agent Jaime Zapata when he was ambushed and killed by Los Zetas almost two years ago. Last Friday August 24 at approximately 8:30 in the morning, a Toyota SUV with two CIA agents, one Mexican Marine Captain, and a drug cartel informant onboard was ambushed by cartel members and the Mexican Federal Police. . . . Read Complete Report

Published on Sep 2, 2012 by AlJazeeraEnglish

The war on drugs will be the biggest legacy of outgoing Mexican president Felipe Calderon.

During his six-year term, authorities seized 114 tonnes of cocaine and nearly 11,000 tonnes of marijuana.

But the fight has also killed tens of thousands of people, as Al Jazeera’s Adam Raney reports from Acapulco in Gerrero state. . . . Text posted with video on youtube 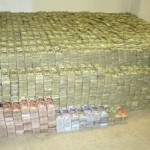 Drugs are big business and big business means big money means stiff competition. In a normal industry you’d simply try to beat the competition by making a better product or by building a good brand. In the drugs business you simply try to do away with the competition by killing them. Pablo Escobar did it and the Mexican drug gangs have been at it a while too. This year alone thousands of people have been killed in Mexico due to the drug wars and the town of Ciudad Juarez is often the battlefield. As long as the demand is there the supply will keep on coming and death, destruction and wealth with it. GRAPHIC CONTENT. . . . Visit web site 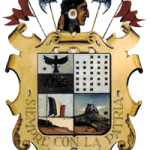