FORMER NEW MEXICO STATE PATROL OFFICER IN CHARGE OF THE DULCE, NEW MEXICO AREA FOR MANY YEARS, GABE VALDEZ SPEAKS JUST PRIOR TO HIS SUDDEN DEATH in August of 2011.

annunaki do not watch this film (video) 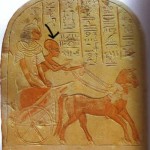 There is a lot of information on many subjects in this video so I do not believe that it is all speculation.. Watch and decide for yourself. We need to thank our good friend Tha Jackal for finding this video. Featured illustration – Nephilim- offspring of Anunnaki and Earth Human (half breed)  . . . EDITOR