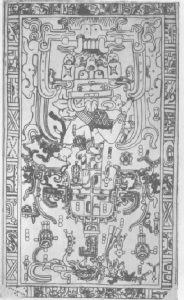 [Inside] Tha Jackal’s Head+Hard Copy: Tired of being lied to by people calling themselves ufologists?

Tired of being lied to by people calling themselves ufologists?

Well so is this radio host Tha Jackal aka Angel Espino of PSN RADIO, and occasional columnist on this site “The Hollow Earth Insider”,  [Inside] Tha Jackal’s Head+Hard Copy.

I have chosen to now focus my energies on getting the facts together to expose the top hoaxers, and con artists within ufology. Why you mayask?  Well … because I’m sick, and tired of these people who have done nothing but force feed the public lies!

That’s right you so called ufologists watch out! You know who you are. I’m tired of the lies, and tired of watching ufology get treated like a laughing stock by main stream media.

Why do they take it as a joke? Well it’s the direct result of the tainted history of ufology over the past half century that they jelled into their personally agenda.  Get the rubes into the tent! Sell books and videos! Damn the truth, make money!

Sure, some have been beneficial with honest research and reporting to the overall movement. I could give props to a few folks like Stephen Bassett, Stanton Friedman, and our own Dennis Crenshaw.

But while there are many unsung and largely unknown folks who are doing honestly good work in their research there are a whole bunch more out there just flat out lying, and making stories up.

People like Giorgio Tsoukalos, Eric Von Daniken, and the king of the liars Billy Meiers.

And the biggest hoaxer of them all the late Zecharia Sitchin!

I know, i know I’ll stepping on lots of toes here including much of my audience who have been long time fans of my own UFO reporting.  And believe me, I didn’t decide to make this move on the spur of the moment.  it’s been spinning around in Tha Jackal’s Head for a long time. Now it’s got time!  I have been gathering and documenting the proof of these shysters  for a while now and will be presenting the evidence. documentation, and guests who have special knowledge on my new site and radio broadcast and right here on THEI!

Take Zecharia Sitchin. Now I’m not one to pick on the dead but he’s without a doubt one of the biggest con artists that was ever involved in ufology  To some people he’s almost a god.. Yet, few know that Dr. Michael S. Heiser has all but proven that Sitchin was wrong about everything.  I’m hoping to get him to guest on my show soon.

The new site, “Ufology Exposed”  isn’t about the good guys… It’s about those evil hoaxers, tricksters, and dis-informers. It’s about those guys who have started their own cult like movements based on pure lies, and nonsense!

I’m fed up, and tired with it!

IF you would like to see ufology cleaned up and the charlatans exposed I suggest you check out, and follow my new blogspot site “Ufology Exposed.”  And listen to my Sunday night show INSIDE THA JACKALS HEAD live every Sunday night at @ 10pm est only heard on www.psn-radio.com.

Join us live on a new type of UFO discussion show, “Ufology Exposed” and be sure and join us in chat.  Tell us how YOU feel about the lies these so called ufologists have been spewing for about a half century. Or, if you think I am wrong, Come on down! And let’s debate it.

However this coming Sunday, tomorrow night on Tha Jackal’s Head Show 6/2/2013, 10 – 12 P.M., I will have a very special guest for the whole two hours. Someone who hardly ever gives radio interviews anymore. Spread the word around. This is special!

Our special guest: The Original Hollow Earth Insider Dennis Crenshaw, researcher, author and the editor and owner of this very News Service blog.