EXCLUSIVE: OUR ELECTIONS HAVE BEEN FIXED FOR YEARS… so I Ask… Is there a Conspiracy to stop Ron Paul? 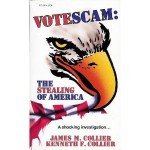 This report should never have had to be written.  We  believe that the people we choose  will be taking  care of the business of Government. Yet for some reason we seem to end up with people who have other agenda in their filing cabinets than the welfare of their bosses, we the people.

The information I use in this report of election fixing, controlled media exposure, and everything else used to fix the vote has been around for years.  It’s so well know that when one reporter used the Ron Paul Presidential run to raise the question of the media coverage on his race it made for a lot of laughs. So we’ll pass along the laughs first, if you promise to stick around for the sickening  part that comes after. . .

During the re-election of “Tricky Dick” Nixon I was really into stopping it. I had just joined the fledgling Libertarian Party and was trying to recruit every one I met, friend, foe or stranger and I’m proud to say I recruited many.

The one thing that stood out in my mind was the fact that when questioned few were “for” Nixon. Yet the media reported that he won “by a historical number of votes”.

Then after the election I conducted my own poll asking people who they had voted for. Surprisingly I could find few people who actually admitted voting for the crook. It seemed as though I was getting one story from  the controlled media and yet another from the people I was talking to. What was that all about?

Then in 1992, after 23 years of research the Collins Brothers published an explosive book documenting and exposing the vote manipulation by the Controllers of the United States national elections that has been going on for years. That book is Votescam: The Stealing of America , a book that MUST be read by every American who cares.

Of course the mainstream never brought the Collins brothers expose’ to the public in the way they would have if they were not entirely under the velvet glove of the controllers...

So if the elections are fixed why would the Controllers have to have a conspiracy against Ron Paul?

Because his popularity is scaring the controlling elitist to death!  If the truth about Ron Paul’s agenda and popularity were known someone might start to ask the question, How can he be so popular at “town hall” meetings yet when the votes are cast Paul gets few.

In a couple of cases where they didn’t get in the “fix” Paul comes in near the top of the heap. In that case the main stream press simply skims over that fact. But what is really scaring the elitist is . . .

Although Mitt Romney has obviously  already been tapped as the Controller’s choice to be the next President of the United States,  They are afraid that the popularity of Ron Paul might start people questioning our predetermining “fixed” voting system. They can’t have that at any cost. Hence a separate program to remove Ron Paul from the collective sheeple minds.

And the Ron Paul exclusion conspiracy is already underway. . .


Solders for Truth on the March

This is going to be an interesting “presidential election”. BUT… Ron Paul is not out of the picture yet. The next incident that will scare the elitist who would rather Ron Paul and his people disappear is coming up on February 20, 2012, President’s Day, when the Veterans for Ron Paul march on Washington . . . stay tuned.

Have you ever listened to what Ron Paul has to say or is your concept of Ron Paul from the controlled main stream media?  Here’s you chance to hear what the Controllers do not want you to hear.  Take the time to watch this last video presentation.  It’s Ron Paul explaining why we need him now.

The Ron Paul FIX is in: a SGT micro-doc (video)

I first realized the possibility that the U.S. Presidency was no longer in the hands of the people when Richard “Tricky Dick” Nixon was re-elected. Here’s a man who was obvious up to his jowls in Watergate, dirty politics, whispered connections to the mob and yet he wins by a majority? come on!

Once I read “VoteScam”, the story of the Collins brothers in southern Florida, I was sure of it: National elections are being “fixed”.   Have all the presidential elections since Nixon been “fixed”? I don’t think so, but probably. But it seems that In most of the elections they can convince the people to do their bidding through their media outlets and such, i.e the election of Obama..

I believe that the present election is without doubt the most important in my lifetime.  It’s one man with the knowledge and ability to turn our country in the right direction against the Controllers Contenders.  That man is Ron Paul.  Knowing the history of past elections I firmly believe that the elections will be fixed against Ron Paul. . . . EDITOR