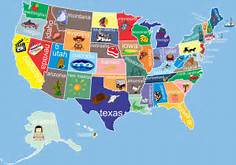 From desert ghost towns and mines; to hidden metropolitan locations; these are 8 Forgotten Abandoned Places in America

You wanna find the direct connection between the Controllers and ALL of our Presidents since Kennedy?

Follow the political history and elitist connections of two men. Henry Kissinger and Zbigniew Brzezinski. Start here: One or the other is always connected to whoever is the current President, usually as their right hand man. Kissinger has been a Rockefeller bag man all his life and Brzezinski helped David Rockefeller form the Trilateral Commission. . . . EDITOR

PRINCETON, N.J. — BANGLADESH is in fresh turmoil. On Sept. 17, its Supreme Court decided that Abdul Quader Mollah, a leading Islamist politician, should be hanged for war crimes committed during the country’s 1971 war of independence from Pakistan. When he was given a life sentence by a Bangladeshi war-crimes tribunal back in February, tens of thousands of Bangladeshis took to the streets demanding his execution. Since then, more than a hundred people have died in protests and counterprotests. . . . Read Complete Report

From youtube uploaded by The Film Archives on Jul 13, 2013

The Dark Side of Richard Nixon and Henry Kissinger: Seymour Hersh Interview (1983)