Tag Archive for From

Featured Image:  “Image created in adobe photoshop, it contains a Mammoth and a Mastodon facing each other, and it is a good picture to show the physical differences between the two animals. I simply ask that you do not drastically alter this image. There are no other available links to this image.”. . . Attribution: Dantheman9758 at the English language Wikipedia (Public Domain).

Russian scientists discovered the body of a mammoth in Siberian permafrost this week, with perfectly preserved blood and muscle tissue.

History Repeats itself: Nixon and Obama: Like brothers from another mother (Video Report)

Many pundits and journalists, including CBS’ Bob Schieffer, have drawn parallels between the Obama White House’s handling of scandals plaguing the administration and Former President Nixon’s management of Watergate. We looked back in the archives to see just how close they were.

From The Washington Post By Associated Press Updated: Saturday, May 25, 6:32 PM

LOS ANGELES — Two million people marched in protest against seed giant Monsanto in hundreds of rallies across the U.S. and in over 50 other countries on Saturday.“March Against Monsanto” protesters say they wanted to call attention to the dangers posed by genetically modified food and the food giants that produce it. Founder and organizer Tami Canal said protests were held in
436 cities in 52 countries. . . . Read Complete Report
~~~~~~~~~~~~~~~~~~~~~~~~~~~~~~~~~~~~~~~~~~~~
From youtube uploaded by RussiaToday
Published on May 25, 2013

Protesters across the US are joining the worldwide rally against biotech giant Monsanto and genetically engineered crops. The mass protest comes shortly after the Senate turned down a bill that would allow states to require the labeling of GM foods –

Scientists clone extinct frog that gives birth from its mouth

Australian scientists have successfully revived and reactivated the genome of an extinct frog. The “Lazarus Project” team implanted cell nuclei from tissues collected in the 1970s and kept in a conventional deep freezer for 40 years into donor eggs from a distantly-related frog. Some of the eggs spontaneously began to divide and grow to early embryo stage with tests confirming the dividing cells contained genetic material from the extinct frog.

The extinct frog in question is the Rheobatrachus silus, one of only two species of gastric-brooding frogs, or Platypus frogs, native to Queensland, Australia. Both species became extinct in the mid-1980s and were unique amongst frog species for the way in which they incubated their offspring. After the eggs were fertilized by the male, the female would then swallow the eggs until they hatched. The tadpoles would then develop in the female’s stomach for at least six weeks – during which time the female would not eat – before being regurgitated and raised in shallow water. . . . Read Complete Report

Rep. Alan Grayson questions the FED inspector General where $9 TRillion dollars went… and Inspector General Elizabeth Coleman hasn’t a clue…Dunno whether to laugh or cry – I am still getting over the shock and have watched 4 times – LISTEN carefully to what she says – THEY HAVE NO JURISTRICTION to investigate the fed!!! Only their programs?? OK the world has been fooled long enough ENOUGH ENOUGH!!! Get the hell outa paper money people and if you buy gold and silver – get the real stuff not paper gold etc. This is pure evil!
I am not sure exactly when this took place – anyone have any idea when this was?

And the 9 trillion that the FED has “misplayed” is only 7 trillion less than the whole national debt. To get it all in perspective lets look at a visual examination of 16 trillion . . .

Death from Above: Drones and Collateral Damage (Must see Video Report) 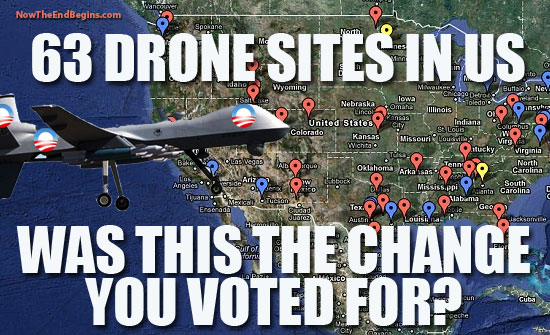 Published on Oct 25, 2012 Joe Klein defends the indiscriminate murder of children on MSNBC. A better example of psychopathic thinking would be hard to find.