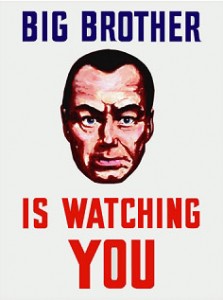 Below Description was posted along with this hard hitting documentary . . EDITOR

One of the topics covered by this intriguing film is the bizarre activity of a man named George White, who operated outside of the law while directly under CIA direction.

At minute 47 into the documentary correspondent Paul Altmeyer states, “And what of George White, the man who helped the agency in so many of its programs. Shortly before his death, he wrote to his boss at the CIA, Dr. Sidney Gottlieb, and summed up his career by saying, ‘It was fun, fun, fun. Where else could a red-blooded American boy lie, kill and cheat, steal, deceive, rape and pillage with the sanction and blessing of the all highest.'”

The film also mentions that Dr. Gottlieb destroyed the records of the mind control programs in 1973. He and many others involved in these projects did not want the public to ever know about the many illegal and immoral activities they had sponsored in their quest of control over the mind. Thankfully, he forgot to destroy the financial records, which contain highly incriminating information. These declassified documents can be ordered by anyone using the information at this link.

Though the CIA denies that the mind control techniques developed in their secretive projects were successful, an abundance of evidence in this film and elsewhere suggests otherwise.

Psywar – The real battlefield is your mind (full video)