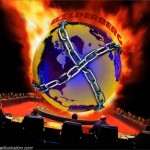 (THEI EXCERPT rewritten by EDITOR at request of reader. Hope this helps)

The first notification about the Bilderberg meeting in 2012 has been announced.
The Bilderberg Group will meet in Haifa Israel, the third largest city in Israel, after 3 Jeruslalem and Tel Aviv.
The mayor of Haifa Jonah Jahaw will start with the security preparations soon. The last Bilderberg conference was the beginning of June 2011 in St. Moritz.

The elite Bilderberg Group always meets in a particular hotel, the upcoming meeting will  be held at the Hotel Rothschild!
The Rothschild Mansion in Haifa is naturally luxurious, however small compared to the hotel Suvretta in St. Moritz where last years meetings were held. So presumably this meeting will include only the cream of the elite.

A list of participants does not yet exist, however, we can assume that well-known figures like David Rockefeller . . . read complete report