Featured Image: Mothman statue in Point Pleasant WV. CREDIT: Snoopywv SOURCE: Wikipedia Commons (This work of art is free; you can redistribute it and/or modify it according to terms of the Free Art License. You will find a specimen of this license on the Copyleft Attitude site as well as on other sites) 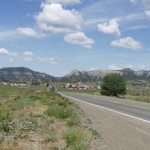