Historians Lied: Hitler Did Not Die In Germany

Newly declassified FBI documents prove that the government knew Hitler was alive and well, and living in the Andes Mountains long after World War II.

On April 30 1945, Adolf Hitler committed suicide in his underground bunker. His body was later discovered and identified by the Soviets before being rushed back to Russia. Is it really possible that the Soviets have been lying all this time, and that history has purposely been rewritten?

No one thought so until the release of the FBI documents. It seems that it is possible that the most hated man in history escaped war torn Germany and lived a bucolic and peaceful life in the beautiful foothills of the Andes Mountains. . . . Read Complete Report

Jeffrey Phillips shares extremely important facts about Adam’s legal situation (updated from Carey’s 10.28.13 video), the upcoming March to Free Adam from the Man, and other vital news and events.

A dose of reality, courtesy of Obamacare

Adam discusses the failure that is Obamacare and its faulty website, pointing out flaws much deeper in the system than healthcare.gov.
Full podcast: https://adamvstheman.com/podcast/

SPECIAL TREAT FOR Adam VS The Man Fans

Remember when everyone use to ROFLMFAO in the chat rooms?  Well I’ll bet you a $20.00 FED note against a buffalo nickel that you’ll be doing it for real before this great satire short is over. . . Adam we love you, man. . . EDITOR

Hitler finds out he failed at destroying Adam Kokesh

Jeffrey Phillips’ comedic, theatrical rendition of some of the events this past summer.
Jeffrey’s Youtube channel:http://www.youtube.com/user/LABIOCARS 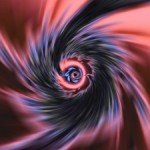 Space-time is a mathematical coordinate system (3 dimensions of space and 1 of time) in which physical events are located in a single continuum.

According to Einstein’s Theory of Relativity, gravitation is the “curvature” of space-time. In other words, because an object’s mass makes the curve of space-time bend like a basin in its region, its gravitational force is amplified and attracts other nearby masses.

Things are going well up to this point. But imagine for a moment if you could undertake a sudden “reversal” of gravitation. Would you also experience a swift U-turn of space-time? If the force of the Earth’s gravitation is initially low under your feet, but abruptly gets reversed to a point high above your head, what kind of space-time turnaround might you undergo?

The reversal of space-time has far-reaching implications. . .

The Hollow Earth hypothesis, first put forward in 1692 by the English astronomer Edmund Halley, proposes that the planet Earth is either completely hollow or encloses an extensive interior space. The hollow Earth supposedly contains a small interior sun. There are said to be entrances at the north and south poles. During World War II Hitler sent an expedition to the Baltic Island of Rugen to search for proof of a hollow Earth.

Today, that theory has be extended to suggest that the hollow space that connects the north and south poles is really the throat of a space-time wormhole, and the interior sun is actually a rotating black hole, which is prevented by an event horizon from crunching the Earth. . . Read Complete Report

This is a must-read, something you will never be able to read in your historical books something you must teach yourself to your children so that they could learn about the true cause of wars so that when they become adult, they won’t be so gullible about their political leaders when they would ask them to go to war for supposedly patriotic or humanistic reasons. Politicians and Dictators have always been working, willingly or manipulated to work for the interest of the World Bankers who finance the weapons merchants.

“These long buried US government files demonstrate that the Bush family stayed on the corporate boards of Nazi front groups even after they knew beyond a shadow of a doubt that they were helping the financial cause of the Third Reich. It was all about the money. Nazi Germany is where the Bush family fortune came from, and where the Harrimans, and the Rockefellers increased their fortunes to obscene proportions.

Of course some of them were quite rich to begin with. The Harriman railroad monopoly helped create the Rockefeller oil monopoly in the 1800’s. Their despicable price fixing schemes earned them the press label “the Robber Barons.” . . . Read complete report

There was a great deal of skepticism ten years ago when I first wrote about the Bush-Nazi scandal in my book, “The Secret War Against the Jews”._ Its historical validity has now been confirmed by the ground breaking work of reporter John Buchanan._ In October, 2003, Buchanan unearthed the recently released Bush-Thyssen files in the U.S. National Archives.

These long buried U.S. government files demonstrate that the Bush family stayed on the corporate boards of Nazi front groups even after they knew beyond a shadow of a doubt that they were helping the financial cause of the Third Reich._ It was all about the money._ Nazi Germany is where the Bush family fortune came from, and where the Harrimans, and the Rockefellers increased their fortunes to obscene proportions. . . .  Read Complete Report

A new book has claimed that Nazi leader Adolf Hitler did not kill himself in Berlin in 1945 but ended his days in Argentina. British journalist Gerrard Williams said he and co-author Simon Dunstan found an ôoverwhelming amount of evidenceö to suggest Hitler died an old man in South America.

Many historians say that the Nazi leader died in his Berlin bunker in 1945 – but Williams claims their research, looking at newly de-classified documents and forensic tests, challenges this. . . continue