Featured Image: Jack the Ripper. One of a series of images from the Illustrated London News for October 13, 1888 carrying the overall caption, “With the Vigilance Committee in the East End”. This specific image is entitled “A Suspicious Character”. SOURCE: Wikipedia (Public Domain)

http://www.undergroundworldnews.com
It is the greatest murder mystery of all time, a puzzle that has perplexed criminologists for more than a century and spawned books, films and myriad theories ranging from the plausible to the utterly bizarre.
But now, thanks to modern forensic science, The Mail on Sunday can exclusively reveal the true identity of Jack the Ripper, the serial killer responsible for at least five grisly murders in Whitechapel in East London during the autumn of 1888.
DNA evidence has now shown beyond reasonable doubt which one of six key suspects commonly cited in connection with the Ripper’s reign of terror was the actual killer – and we reveal his identity.

Milton William Cooper’s “Behold a Pale Horse” is a book that should be on the top shelf in every Conspiracy Science library. This is the first in a series of report’s from William Cooper and other modern patriots we will be running here on THEI.

For an education about the REAL Secret history of the world and the crimes commented against mankind’s freedom by the elitist Controllers to achieve their documented  goal of total world domination listen to one of the masters of that information.  And Cooper is at the top of that list of teachers…

On November 5, 2001, after years of harassment by the government, William Cooper was finally gunned down by Apache County sheriff’s deputies. . . EDITOR

This is legendary folks. William Cooper was a real patriot. If you think Alex Jones is the leader of the Patriot Movement, you don’t know who William Cooper is. He was the first leader of the radio movement to wake America up, before being assassinated by police. . . . From intro with video. 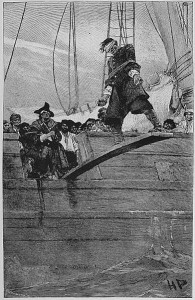