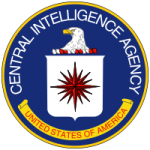 ummary
Former CIA Director
told LIGNET this week that the possibility of North Korea launching a nuclear attack is “somewhere between extremely remote and zero,” but that he believes the current situation with the North is extremely dangerous and is becoming more so by the year. The cycle of threats by North Korea followed by promises of aid must be broken, he said.
In this exclusive interview, General Hayden talks about the strategy behind North Korea’s belligerent rhetoric and provides his assessment of whether the Kim Jong Un regime is really intent on conducting an attack (All Rights Reserved LIGNET.com). . . Read Complete Report
Category: Life Goes On / Tags: ‘On the Edge’, CIA, CIA. Director, Former, Hayden, Korea, Michael, North, Situation
Site built and maintained by Possum Holler Studios