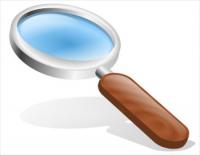 According to the New York Times, documents obtained under Freedom of Information Act indicate that some 5,100 munitions containing chemical and nerve agent compounds were destroyed by coalition troops during the occupation. But Saddam Hussein’s regime possessed on the order of 50,000 such munitions which it received in deals with Russia between about 1979 and 1991. Many of these “Munitions are unaccounted for in areas of Iraq now under control of ISIS”, says the NYT (in a sidebar).

As you will see below, both sides of the aisles in both Houses of Congress had the same info (provided by CIA, NSA, and MI6) before voting to invade Iraq and depose Saddam Hussein. And that info existed before the first Iraqi war.

Iraq used chemical and nerve agents at least ten times between 1979 and 1991, including against Iraqi citizens in Kurdish territories and against Iranian soldiers. They may have used a few mustard gas munitions in Kuwait as well.

In Kurdistan, they used Russian made “yellow rain” nerve agents on entire small cities of their own citizens, killing thousands, including women and children. They were preparing giant chemical artillery shells for launch from the Bull gun (Project Babylon) that could reach Israel from western Iraq.

What about Iraqi “bio-weapons”?
(from Wikipedia)

Rihab Rashid Taha al-Azawi (born 1957) is an Iraqi microbiologist, dubbed Dr. Germ by United Nations weapons inspectors, who worked in Saddam Hussein‘s biological weapons program. A 1999 report commissioned by the United States Joint Chiefs of Staff and the Defense Intelligence Agency (DIA) named her as one of the world’s most dangerous women. Dr Taha admitted producing germ warfare agents but said they had been destroyed.

Dr. Rihab Rashida Taha ranks among the most important of a new breed of Third World weapons designers who were highly nationalistic, western-educated and willing to violate any international norms or scientific ethics. Taha worked hard to contribute to Iraqi weapons program although she was not a gifted student as Dr. John Turner, the head of the university’s biology department in England, recalls. As a result of Taha’s hard work she became known as the mother of all third world biological weapons programs. It was Taha who sold the idea of an Iraqi biological weapons program to Saddam Hussein and was given an award for her work in biological weapons, specifically the development of anthrax and botulinum weapons by Saddam Hussein. Moreover, she has been held up as an example to Iraqi women interested in science.

Taha first rose to prominence in the Western media after being named in a 2003 British intelligence dossier, released to the public by Prime Minister Tony Blair, on Iraq’s biological, chemical and nuclear capability. The dossier alleged that Taha had played a leading role in the manufacture of anthrax and other biological agents. It was this dossier that triggered the chain of events that led to the death of British UN weapons inspector David Kelly, who was accused of telling a BBC reporter that some of the intelligence had been manipulated.

What of other microbiologists who might have had both qualifications and connections to weaponization efforts?

David Kelly would be added to the list in 2004. Since then, another 21 prominent scientists, researchers, and administrators in the field have suffered similar circumstances or strange deaths or disappearances.
Dead Scientists and Microbiologists Master List (Rense). And that is just up to January, 2005

And what of “Doctor Germ”, Rihab Rashid Taha? She is free. But we won’t have to worry much about her supporting ISIS. Women with an education are an abomination in the eyes of ISIS.

There are other, more worrisome facts than Taha, though. And closer to home.
9,000 Virus Vials Missing from US Army Lab at Fort Detrick, MD

Another Type of Bio Weapon

The so-called “Ethnic Bomb” has been a goal in biological warfare labs since at least WWII. It was also the central theme of several science fiction and thriller novels, including one by Dune author, Frank Herbert

From “Signs Of The Times” (SOTT.net)

“But the scientist who was working to make this possible, microbiologist Ri, has vanished after leaving his lab complex deep underground in the Chuba-ri Chemical Corp. in the city of Anbyon. The site is heavily guarded.

“Ri was last seen in his lab late in June(2003). On the last weekend of that month, he said he was going to visit what is believed to be the nerve center of North Korea’s biological warfare research program. It is concealed under a mountain near Sukho, close to the Chinese border. It is there that the “whites-only” ethnic bomb is being developed.

“But at least one person who knew Ri—Dr. Norbert Vollersten, who worked in North Korea and now leads international demonstrations against the Kim regime—believes that Ri would have anticipated the possibility of facing trial.

“There is every possibility that he would have brought with him important documents listing the stage of the research he was engaged upon,” Vollersten said. “He would trade them for a new life in the United States.”

“There is a precedent. After World War II, top Japanese scientists who had conducted germ experiments on U.S. and British prisoners were granted immunity from prosecution if they agreed to reveal their work to scientists at Fort Detrick. Many of those scientists were later granted U.S. citizenship and new identities.”

What are the chances these chemical and nerve agent warheads could be used on American cities? Too high to ignore is the only correct answer.

“When three journalists from The [New York] Times visited Al Muthanna in 2013, a knot of Iraqi police officers and soldiers guarded the entrance. Two contaminated bunkers — one containing cyanide precursors and old sarin rockets — loomed behind. The area where Marines had found mustard shells in 2008 was out of sight, shielded by scrub and shimmering heat.

“The Iraqi troops who stood at that entrance are no longer there. The compound, never entombed, is now controlled by the Islamic State.”

Did a Little DEEPER: Shadow Government, Conspiracy Boogie , Eyeballin’ The One World Order