Whose interceptor is it? Who are they, that’s listening to calls around military bases? Is it just the U.S.

Think about the phone conversations you’ve had in the last 48 hours. Is there anything personal or sensitive you wouldn’t want a stranger to hear or record?

Now imagine the cell phone conversations that took place about the Islamic State this week between lawmakers, their staff members and anyone who testified on the Hill. Think any sensitive information or key plans were discussed during those phone calls?

An investigator looking into the claims that “fake cell towers” are popping up all over the country says he discovered several active sites just in the last 48 hours within feet of the White House, around the Russian Embassy and covering the Senate buildings where key Islamic State hearings took place this week. . . . Read Complete Report

From Newsweek By Lauren Walker

The Internet is abuzz with reports of mysterious devices sprinkled across America—many of them on military bases—that connect to your phone by mimicking cell phone towers and sucking up your data. There is little public information about these devices, but they are the new favorite toy of government agencies of all stripes; everyone from the National Security Agency to local police forces are using them.

These fake towers, known as “interceptors,” were discovered in July by users of the CryptoPhone500, one of the ultra-secure cell phones released after Edward Snowden’s leaks about NSA snooping. . . . Read Complete Report

Spying on the spies, a roundup of NSA news

The NSA’s bulk collection of what sometimes seems to be just about anything about anybody generates so much news that it requires a bulk approach to keep up with it all. Here’s a brief rundown of some recent surveillance-related tidbits. . . . Read Complete Report 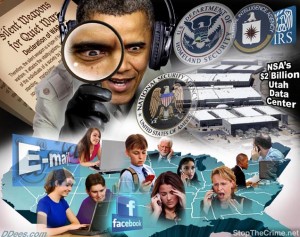 US spying programs aimed at ‘intimidation’ (With Video)

The goal of the US government’s massive spying programs is not “public or national security but intimidation and blackmail,” says Linh Dinh, a political analyst and writer.

On Wednesday, British newspaper the Guardian reported that documents provided by American whistleblower Edward Snowden show the US National Security Agency is using a secret tool, called XKeyscore, to collect data on nearly all online activities of a typical Internet user with no prior authorization.
The documents describe the secret program as the “widest reaching” system which can gather intelligence from computer networks. . . . Read Complete Report 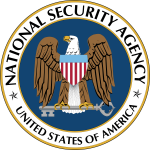 DemocracyNow.org – In his first television interview since he resigned from the National Security Agency over the its domestic surveillance program, William Binney discusses the NSA’s massive power to spy on Americans and why the FBI raided his home after he became a whistleblower . . . Read Complete Text Posted w/Video at youtube

The National Security Agency last week invoked a rarely-used authority in order to declassify a classified document that was mistakenly posted on the NSA website with all of its classified passages intact.

The article is a historical study entitled Maybe You Had to Be There: The SIGINT on Thirteen Soviet Shootdowns of U.S. Reconnaissance Aircraft.  It was written by Michael L. Peterson and was originally published in the classified journal Cryptologic Quarterly in 1993.

Late in the afternoon of May 11 (not May 9 as stated on the NSA website), the NSA published a formally declassified version of the article with the annotation “Declassified and approved for release by NSA… pursuant to E.O. 13526 section 3.1(d)….”

Section 3.1(d) of executive order 13526 permits the declassification of properly classified information when there is an overriding public interest in doing so.  It is almost never cited and it is hard to think of another occasion when it has been used by any government agency to justify declassification.  It reads: . . . Read Complete Report