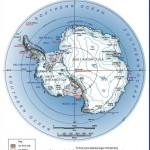 If we published every UFO video or sighting that is brought to our attention we would end up being a UFO reporting service.  Which is fine but that’s not the only information we want to bringing to the attention of you and the rest of our fellow truth seekers & Insiders.  But a UFO report comes along that might bring something new to our attention we will post it.  For instance here is an intriguing report that has the extra added attraction to us who have been researching our strange earth and the hollow earth theory in particular. . . the report comes from Antarctica. A place, I feel, hides part of the answer to the secrets of the ages . . . EDITOR

UFO appears in photographs taken at Neumayer Station in Antarctica

Tracey Parece
Unexplained Phenomena Examiner
January 31, 2012
Photographs taken at Neumayer Station in Antarctica on January 31, 2012 show an anomaly in the sky that is being called a UFO. Time lapse images of the area show a dark gray object as it broke away from the clouds above Neumayer Station.
from youtube
Category: UFO Enclosure / Tags: anomaly, Antartica, Neumayer Station, UFO
Site built and maintained by Possum Holler Studios