Tag Archive for next

Where Will Bilderberg Meet Next? (Video Report)

Last year we streamed all day – every day, live reports of the protest from outside of the Bilderburg meetings. We are planning on doing the same this year. . . . EDITOR

The infamous Bilderberg Group’s “scene of the crime” for 2013 will be The Grove Hotel near London, sources say. . . .

Lockheed Martin got a government contract to work on the next generation spy satellite.

Wonder who “Won” the bid on the FIRST spy satellite back in the mid-60s? you guessed it, Lockheed Martin. Could we be looking at top drawer partner’s in that Military-Industrial Complex?

See if you spot the ‘usual suspects’ in the short propaganda film below. A film about the secret “Hexagon” project and our first spy-in-the-sky. Note the Industrial giants mentioned in the decades old film who have been getting millions of dollar out of our tax money decade after decade, usually with cost escalated far beyond the original bid.

What was it that President Eisenhower warned us of in his fairwell speech, the Military Industrial Complex?  . . EDITOR

This film from the mid 1960’s details the “Hexagon” secret project and was not declassified until 9/17/11.

If that ain’t enough to convince you that Lockheed Martin is a big hitter in the Military-Industrial Complex, check this out.  At the same time the company received the $284.4 million fixed-price contract reported in the top story, they also. . .

Under this contract, an additional air-launched LRASM flight test will be conducted from a B-1B in 2013. There are already two air-launched flight tests scheduled for this year as part of the Phase 2 LRASM contract awarded in 2010. . . . Read Complete Report 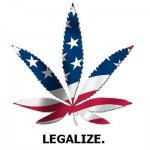