It’s the end of the world! (Video Report) 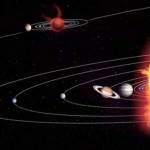 Does a rogue planet, known as Nibiru invading our solar system from deep space menace our world? Why does the Mayan Calendar end in 2012? Is humanity doomed, or at the nexus of a spiritual renaissance in connection with the passing of Nibiru in proximity with our solar system? Explore these prophetic myths–while there’s still time…!

Is Nibiru Visible in the Sky Above Antarctica? (Video)

Published on Aug 10, 2012 by BackToConstitution

In this video, I present the evidence that suggests there is a Planet X
This is not flimsy evidence; This is rock solid, concrete evidence
Cogent and coherent facts, presented as a list, with a little explanation and commentary
I think this video will blow you away!
If you are a non-believer, take off that shirt and put on, ‘BELIEVER’, because once you have seen this video, you won’t ever be the same, again! . . . Posted with video at youtube

Planet X Nibiru Do you Want to Hear Insider Tell His Story About Watching Nibiru Coming In? (full video Report)

Published on Jun 12, 2012 by BackToConstitution

Do You Want to Hear Insider Tell His Story About Watching Nibiru Coming In, With Buddies From CIA? They watched it on the Hubble Space Telescope that you paid for with your tax dollars, yet they don’t allow you to see the massive planet coming in. 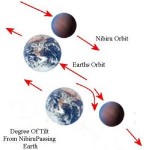 Note: This information is provided to give you a chance to hear all viewpoints.  That does not mean we here at THEI necessarily subscribe to all we post.  Just being fair. (Or, more bluntly. just in case they are right I am covering my ass.).. . . EDITOR

from The Church of Critical Thinking

Greetings and Welcome to the Planet X Files!

The equations that follow are real. The numbers have not been changed to protect the innocent. The consequences will be real. I’ve done my very best to keep it simple so anyone can follow along and understand. There are no “doomsday” predictions here, but this event will take place. Knowing this can save the life of you and yours. My personal advice should headlines start creeping around by 2010? By late 2012 = stay away from the coasts. . . . go to web site.

NASA’s David Morrison – Risks to Earth in 2012 – All Clear No Doom.
NASA’s David Morrison, expert on Earth impact hazards and currently the Senior Scientist at the NASA Lunar Science Institute, speaks on what are the risks to Earth in 2012. He addresses misconceptions related to the year 2012, Earth crossing objects, planetary alignment, and related myths like Nibiru. For more: http://www.nasa.gov/topics/earth/features/2012.html