Tag Archive for One BIG problem with

One BIG problem with Bitcoin…(+) Bitcoin For Beginners – Learn How To Mine Bitcoin !

At this point, you’d pretty much have to be living under a rock to have not heard of Bitcoin.

I actually asked this question (‘have you been living under a rock?) to someone recently who proudly proclaimed that he had never heard of Bitcoin, almost expressing gratification in his ignorance of a game-changing model. . . . Read Complete Report

Bitcoin For Beginners – Learn How To Mine Bitcoin ! 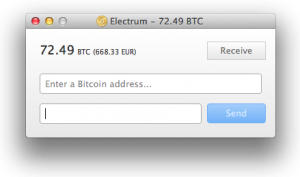 What is Bitcoin? and How do you mine it? Well, this video will go over Bitcoin mining and show you how to set up Bitcoin Mining Software on your computer. . . . From description published with video.

Category: Fighting Back / Tags: Bitcoin, Bitcoin For Beginners - Learn, How To, Mine, One BIG problem with
Site built and maintained by Possum Holler Studios