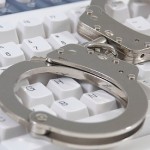 Millions of Americans oppose SOPA and PIPA because these bills would censor the Internet and slow economic growth in the U.S.

Two bills before Congress, known as the Protect IP Act (PIPA) in the Senate and the Stop Online Piracy Act (SOPA) in the House, would censor the Web and impose harmful regulations on American business. Millions of Internet users and entrepreneurs already oppose SOPA and PIPA.