It seems to me that all Obama has to do is release his REAL birth certificate to end this probe. Instead he hires lawyers to fight it or ignores all calls for him to prove he is who he says he is. Something to hide? Or just arrogance? Either way he is ignoring those American voters who want the truth BEFORE the election – if he is capable of telling the truth. . . . EDITOR

WASHINGTON, Monday, June 18, 2012 — A lawyer for President Barack Obama argued today in Florida that a lawsuit claiming his client “is not eligible to appear on the November ballot because he is not a ‘natural born citizen,’” should be dismissed on the grounds that the Democratic Party has not yet nominated a candidate.

In Tallahasse, Florida, Attorney Mark Herron, representing President Obama, told Leon County, Florida Circuit Judge Terry Lewis that the January 31, 2012 Florida Presidential Preference Primary “did not result in nomination or election” and that “federal law precludes this court from determining whether a candidate for the office of President of the United States is qualified under Article Two Section Five of the United States Constitution.”

From the President’s UFO Website: The Latest denial in the UFO Cover-up 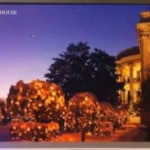 The latest try for UFO Disclosure by partitioning the White House came out as expected. The official statement of the request to ”formally acknowledge an extraterrestrial presence engaging the human race” was answered with the 50 year old lie “no creditable evidence.”  In fact the answer for their Freedom of Information request to the Office of the President for documents was that none existed.  However, in the FOIA filed in March 2011 the OSTP stated that there are documents. . . EDITOR

According to an article published on the President’s UFO Website,

Here’s the Latest on the Aliens

“The official conclusion of “no credible evidence” by the White House is therefore not supported by any evidence itself – whether credible or not. The Obama White House has become like a student who produces a book report without reading the book. Even more unpardonable is the fact that the FOIA exposed the fact that the OSTP did not even look for any evidence. The conclusion – the scientific arm of White House has been caught rigging the experiment to come to a preordained conclusion. …” Read Complete report

Interesting when compared to this story that we filed on Christmas Day about the Obama’s sending out Christmas cards with a photo of a UFO over the White House.