Dennis Crenshaw – Your Editor Returns with a THEI Forum 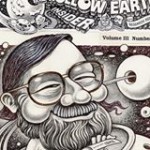 For those of you who have been waiting anxiously for my return to THEI or if you did not even realized that I have been AWOL from posting for awhile, I just want you to know – like a bad penny. . . I’m back!

Hello old fiends and new.  I was off-line for  almost 2 years as I positioned myself off-grid as much as possible.  Well, off grid on everything except for my presence on this devil’s machine.
But now I’m here again and will – once again – be keeping you informed of what’s happening in the world of THEI. And I’ve coxed Rick back also (although he might not realize it yet).
For those of you who don’t know me … I have researched and edited “The Hollow Earth Insider” since I sent out my first fanzine of the same name back in 1992.  I also helped create & was host of ( with my partner Rick Osmon) the very popular “Unraveling the Secrets” radio and television shows on the internet back in the days of early radio and TV on the internet.

I am now assembling and writing my next book – working title The Hollow Earth Insider: Subterranean Realms Research Final Report and need you guys help.  I have created  “Dennis Crenshaw’s Hollow Earth Insider Research Forum” on Facebook and would like those of you interested in joining such an endeavor to stop in.  This is NOT a ‘general information’ HE forum, but will concentrate on those areas of specific study that I will designate.  The first Forum research subject, Admiral Byrd’s Lost Diary has been posted.
Join me if you have any info etc. on the subject.   Or just stop in and keep up with our research into this and all the different aspects of the subterranean realms and give us a bump.
Next Report in this series: Continuing our research into the strange mysterious explorations of Admiral Richard E. Byrd.
Category: Dennis Crenshaw - Editor "Thoughts from an Underground Insider" / Tags: Admiral Byrd, Hollow Earth, Research, subterrianean worlds

Featured Image: Thanks to David Dees

What if robots and humans, working together, were able to perform tasks in surgery and manufacturing that neither can do alone?

That’s the question driving new research by UC Berkeley robotics experts Ken Goldberg and Pieter Abbeel and colleagues from four other universities, who were awarded a $3.5 million grant from the National Science Foundation. Their work is part of the first $50 million in funding for the National Robotics Initiative, announced in 2011 with the goal of exploring how robots can enhance the work of humans rather than replacing them, “The emerging generation of robots are more aware than oblivious, more social than solitary, and more like companions that tools,” . . .”Read Complete Report

NEW ORLEANS — An eel undulating through coastal waters, powered by batteries and checking for mines. A jellyfish is actually a surveillance robot, powered by the atoms around it. Fins pick up intelligence while propelling a robot bluegill sunfish.

The Office of Naval Research is supporting baby steps toward making those visions of the future a reality. For instance, the jellyfish work in Texas and Virginia is focused on how the creatures move in water, and how to mimic or even surpass their abilities. The robojellyfish is currently tethered to hydrogen and oxygen tanks, and ONR project manager Robert Brizzolara said he doesn’t plan to try making it move autonomously yet. . . . Read Complete Report 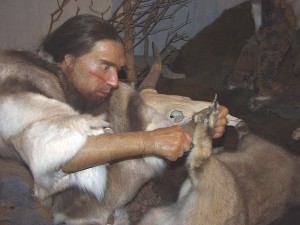