This would fit into the “Where there is smoke there is fire” Dept. . . . EDITOR

This clip makes it pretty clear as to what Bain Capital and its CEO were up to throughout the 1990s and it explains the real source of Mitt Romney’s phenomenal success as an asset manager. So much of this information is publicly available, it is shocking that it’s never previously been presented so clearly. . . . Read Complete Report 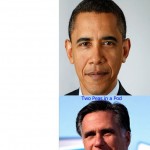 Romney loses to Paul in his own state

Reader Wayne: Romney loses to Paul in his own state

What may be the most embarrassing moment yet for Mitt Romney, during the race for the 2012 Republican Nomination, happened over the weekend in the very state in which he is the former Governor and calls home.

Even though it was reported Sunday that Mitt Romney himself was apparently responsible for picking the slate of Massachusetts State Delegates he was hoping everyone would vote for, his delegates.

Instead, over half of the delegates he was hoping people would vote for never made it, including notable State Republicans such as the House Minority Leader and other state politicians who even wanted to remain nameless.

Romney lost so badly in his home state that Ron Paul supporters were even voted in as the majority of the Alternate-Delegates, spiting hopefuls that included a popular 2010 gubernatorial candidate and a prominent Sheriff. . . . Read Complete Report