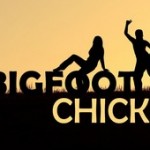 This is an interview with the investigative team known as Bigfoot Chicks. Having recently had a Cryptothon at the radio show I host The Church Of Mabus. Consisting of many personalities well known in the Bigfoot research field. It is a pleasure to see more women taking this approach when it comes to research and field work. I am glad to be able to bring you this interview to make more people aware of the team known as Bigfoot Chicks. I hope you enjoy this interview. Presenting.

1. Could you tell us about your team members and their specific roles they play within the unit? . . . Read Complete Interview

By Jeremy A. Kaplan

Texas has no position on the existence of Bigfoot — but go on, hunt it anyway.

Chief of staff Lt. David. Sinclair told FoxNews.com he responded with a straight description of the law — which hinges not on whether the mythical beast exists, but on precisely how the government would label it.

“The statute that you cite (Section 61.021) refers only to game birds, game animals, fish, marine animals or other aquatic life. Generally speaking, other nongame wildlife is listed in Chapter 67 (nongame and threatened species) and Chapter 68 (nongame endangered species),” Sinclair wrote back to Scharf.

“An exotic animal is an animal that is non-indigenous to Texas. Unless the exotic is an endangered species, then exotics may be hunted on private property with landowner consent.”

The law boils down to provenance, Scharf decided. If Bigfoot is indigenous to Texas, it can be killed. . . . Read Complete Report

— Woolly corners of Kansas, Missouri, Arkansas and Oklahoma may support more than just black bears, mountain lions and wild hogs, according to one group of researchers. They believe the region also could hide a population of the legendary sasquatch.

They cite dozens of unexplained encounters in the Four States going back 150 years. . . . Read Complete Report

Category: It's a Strange World After All / Tags: Bigfoot, sashquach, texan, Texas
Site built and maintained by Possum Holler Studios