Photo: The markings on the stone carving may support claims that Arabia was where man first domesticated the horse. CREDIT: National Museum, Riyadh. SOURCE: Wall Street Journal. (Fair use).

Excellent article.No matter which side of the isle you are standing in when it comes to individual scientific theory.

Those of you who are fortunate to be able to actually visit this exhibit please get in touch with Rick or I and we might put you to work… as a volunteer photographer or special event reporter. . . EDITOR

from The Wall Street Journal

After stirring excitement across Europe, “Roads of Arabia” has come to the U.S. to parade remarkable archaeological finds from the Arabian Peninsula. The version on view at the Smithsonian’s Arthur M. Sackler Gallery might be trimmer than its predecessors, according to Sackler chief curator Massumeh Farhad, but it still boasts 300-plus noteworthy objects. Particularly exciting is the unexpected range of works and the fact that many were unearthed in the past decade, some by fortuitous accident, others the product of concerted archaeological research the Kingdom of Saudi Arabia has been undertaking with increasing determination since the 1970s.

The works come primarily from centers that arose along two sets of routes:. . Read Complete Report

Photo below: From Arabian Nights, the enchanted Horse. (Public Domain) 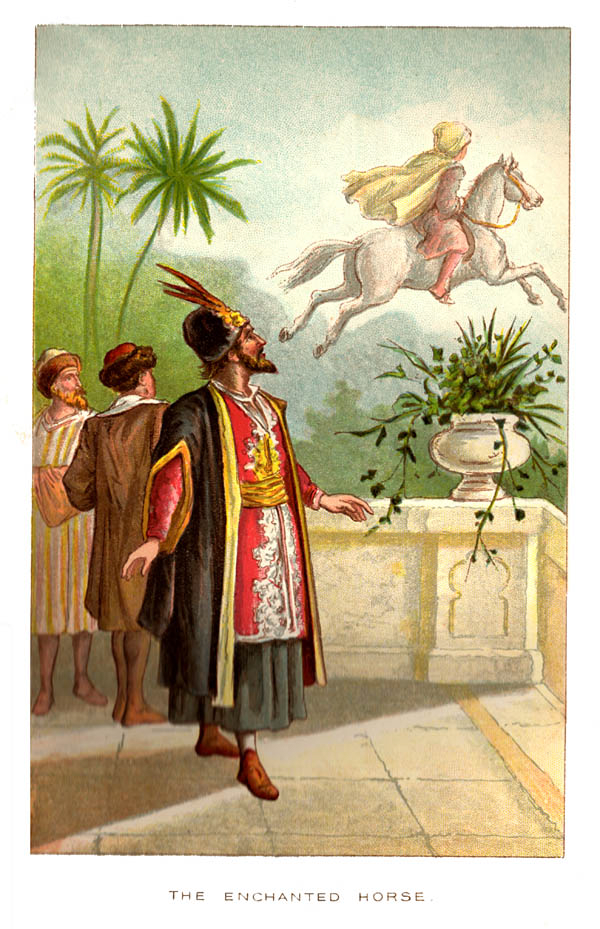